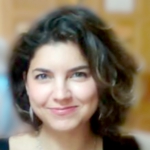 Dr Ana Cruz
Dr Ana Cruz is a Research Fellow with Modernising Medical Microbiology, and a key part of the new CRyPTIC Project, where we will aim to use cutting-edge technologies to improve the treatment of TB.

Why are we working on TB?

Duberculosis (TB) is a leading cause of poor quality of life and annually there’s an estimated 9M people falling ill with and 1.5M dying of it. About 4000 people die of TB every day in the whole world, and millions of others lead debilitated lives, unable to study and work.

It is hard to believe that, for a disease that has co-existed with us for dozens of thousands of years, all the social and medical developments we’ve achieve thus far haven’t tackled the TB problem in its roots. Scandinavian countries have been able to dramatically decrease the numbers of people getting ill with TB long before antibiotic treatment existed, thanks to improvements in housing conditions and by keeping people well fed. However countries such as South Africa or India still suffer an inacceptable burden of disease, especially over the poor, malnourished, or people infected with HIV. To make matters worse, a large proportion of these patients will never be diagnosed or receive appropriate treatment, because there’s a lot of TB out there that is very hard to treat, as even the to the best combination of drugs often do not work.

Today (24th March) is a date chosen by the World Health Organisation (WHO) to build, year-by-year, public awareness that tuberculosis remains an epidemic in much of the world. This year’s theme,“Unite to End TB”, highlights the need for a concerted effort by the TB research community and  groups of patients and their families to effectively solve the problems that allow TB to still linger amongst us, for example, lack of doctors and nurses that are trained to diagnose and treat TB, lack of primary care surgeries or hospitals to assess patients properly, absence of effective medicines, the need for fast and precise lab tests to identify those who have the disease.

How can we contribute?

Oxford is leading CRyPTIC—Comprehensive Resistance Prediction in Tuberculosis: an International Consortium— as part of this effort. We hope to have a massive impact on improving the tests clinicians have at hand to help them know whether their patients have TB, and what kind of treatment is most likely to benefit them.

The global TB research community, under the auspices of the WHO, believe that if we all put our brains, political willingness and financial resources to change this game, TB can potentially be removed from the list of most important infectious diseases killers by year 2035. It is a huge and noble aim to aspire for, but we do have the knowledge necessary to make this a reality.

Via CRyPTIC, MMM will have a prominent role in the fight against TB. With our experience in using whole genome sequencing, a technology that just recently has taken its first steps out of the research lab and into the realities of hospital labs and infectious diseases wards, we want to decipher the genetic codes of TB bacteria, so that we are able to tell exactly what are the best drugs we can use in combination to treat each individual patient. It is very effective, and rapid.

We are setting sail now, in collaboration with the most important TB research institutions in the developed and developing world, to analyze thousands of TB bacteria and make a huge dictionary of small differences between their genetic codes that change the way TB behave when a medicine is given. If clinicians have access to this dictionary and know what these differences mean, they will know what treatment will cure their patients. With appropriate treatment, people will be able to have normal, productive lives and, as importantly, will stop transmitting TB to those who live close to them. We expect that this will lead to a gradual, but solid, decrease in the number of cases of TB around the world.

You can read more about the fight against TB here:  http://www.stoptb.org/events/world_tb_day/2016/

For more information about the CRyPTIC project, the full Press Release can be found here.